London / Rotterdam - Unilever today announced that CEO Paul Polman has decided to retire from the company. Alan Jope, currently President, Beauty & Personal Care, has been appointed to the position, effective 1 January 2019, with Polman supporting the transition process during the first half of the year. 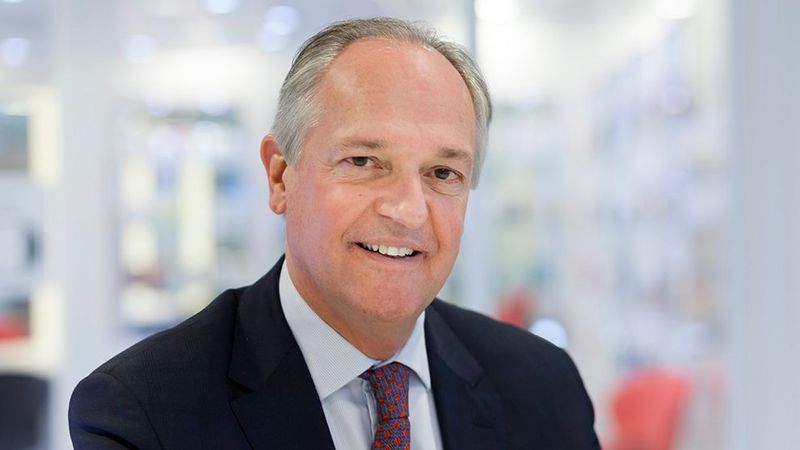 Paul Polman has been Unilever CEO for over 10 years and has worked in the consumer goods industry for almost four decades. During his tenure, the company has delivered consistent top and bottom line growth ahead of its markets. Its focus on successfully pioneering a new model of sustainable growth has served the needs of its many stakeholders and created excellent returns for its shareholders, delivering a Total Shareholder Return of 290% over that period.

Alan Jope, 54, has led Beauty & Personal Care, Unilever’s largest Division, since 2014 and has been on the company’s Leadership Executive since 2011. He has an excellent track record of leading Unilever’s business in both developed and emerging markets, having run the company’s North Asia business for four years, served as President, Russia, Africa & Middle East, and spent over a decade in senior Foods, Home Care and Personal Care roles for Unilever US. Alan joined the company as a graduate marketing trainee in 1985.

Unilever Chairman Marijn Dekkers said: “Paul is an exceptional business leader who has transformed Unilever, making it one of the best-performing companies in its sector, and one of the most admired businesses in the world. His role in helping to define a new era of responsible capitalism, embodied in the Unilever Sustainable Living Plan, marks him out as one of the most far-sighted business leaders of his generation.

“Paul’s vision, drive and performance focus, combined with his commitment to serving the best long-term interests of the company, have materially strengthened Unilever. He leaves a more agile and resilient company, well placed to win in this fast-changing, dynamic industry. I’d like to thank him personally, and on behalf of the Board, for his contribution to Unilever.

“After a rigorous and wide-ranging selection process, the Board is delighted to appoint Alan to the role. Having worked for Unilever in a variety of senior management roles, Alan has a deep understanding and experience of our business, the industry, and the markets in which we operate. He is a strong, dynamic and values-driven leader with an impressive track record of delivering consistent high-quality performance. The Board warmly welcomes Alan to the role and wishes him every success.”

Paul Polman said: “I congratulate Alan on his appointment and look forward to working with him on the transition. Having worked closely with Alan for many years, I am highly confident that under his leadership, Unilever will prosper long into the future. His appointment demonstrates the strength of Unilever’s succession planning and talent pipeline.

“It has been an honour to lead Unilever over the last 10 years. Throughout this time, I have been humbled by the commitment and hard work of our people, and their passion for creating a truly purpose-driven company. I am very grateful to them, as I am to Unilever’s many other stakeholders, with whom we have worked to build our long-term, sustainable business. I look forward to engaging with many of these partners – in a different capacity – to help address the many environmental and social challenges facing the world.”

Alan Jope said: “It will be a huge privilege to lead Unilever – a truly global company full of talented people, and brilliant brands. Over the 30 years I have worked at Unilever, I have seen the many ways in which our brands improve people’s lives, positively impacting more than 2 billion citizens every day.

“Our global footprint includes strong positions in many important markets for the future and our focus will remain on serving our consumers, and our other multiple stakeholders, to deliver long-term growth and value creation.

“I’d also like to extend my gratitude to Paul for his remarkable leadership of Unilever and look forward to working closely with him during the transition.”

Polman will retire as CEO and as a Board member on 31 December 2018. He will support the transition process in the first half of 2019 and will leave the company in early July.

A successor to the role of President, Beauty & Personal Care will be announced shortly.

Paul Polman joined Unilever as CEO in January 2009. Over the last 10 years, Unilever has:

In recognition of Unilever’s commitment to a long-term, multi-stakeholder business model, Paul has received numerous awards and accolades during his tenure. These include the Rainforest Alliance Lifetime Achievement Award, the Oslo Business for Peace Award, the UN Environment Programme’s Champion of the Earth Award and the Singapore Government Public Service Star. In 2016, he received France’s Chevalier de la Légion d’Honneur in recognition of his efforts in galvanising business action on sustainability.

In 2018, he was named an Honorary Knight Commander of the Order of the British Empire (KBE) for services to business and received the Treaties of Nijmegen Medal, in recognition of his contribution to building a more sustainable world.

Paul is married with three children. In a personal capacity, Paul is Chairman of Perkins School for the Blind International Advisory Board and serves as President of the Kilimanjaro Blind Trust.

Alan Jope has extensive experience across many of Unilever’s markets globally. Alan was born in Scotland and joined Unilever in London in 1985, subsequently living and working in North America for 14 years and in Asia for 13 years. He is currently serving as President, Beauty & Personal Care (BPC), Unilever’s largest Division with annual turnover of €21bn in 2017, which accounts for around 40% of Unilever’s revenues and almost 50% of operating profit.

From 2009 Alan led Unilever's business in China and North Asia, doubling its size and laying important foundations for future success. He was appointed to Unilever’s Leadership Executive in 2011. His previous senior roles have also included President, Russia, Africa & Middle East, global category leader for several of Unilever's Foods businesses, and President of Unilever's Home & Personal Care business in North America. Earlier, Alan worked in a number of sales and marketing roles in the UK, Thailand, and the US.

Alan holds a Bachelor of Commerce with honours from Edinburgh University, Scotland. He also graduated from Harvard Business School's General Management Program in 2001. Alan is married and has three children.

The bonus Paul Polman will be awarded for 2018 will be invested in Unilever shares with a holding period of two years. No further incentive awards will be made to Paul Polman. His existing long-term incentive awards will continue to vest on their normal timeframe in accordance with Unilever’s actual performance and will be pro-rated to reflect only that portion of the vesting period served up until his retirement.

All payments are subject to required tax withholdings. Full details of all payments made to and receivable by Paul Polman will be disclosed on the Unilever website in due course in compliance with Section 430 (2B) of 4 the Companies Act 2006 and in the Directors’ Remuneration Report within the Company’s Annual Report and Accounts for the year ending 31 December 2018, and subsequent years, as appropriate.

Alan Jope will be paid in accordance with Unilever’s remuneration policy as approved by shareholders at the 2018 AGMs. He will be eligible for:

This announcement contains inside information. This is a public announcement pursuant to article 17 paragraph 1 of the European Market Abuse Regulation (596/2014).

This announcement may contain forward-looking statements, including 'forward-looking statements' within the meaning of the United States Private Securities Litigation Reform Act of 1995. Words such as 'will', 'aims', 'expects', anticipates', 'intends', 'seeks', 'looks', 'believes', 'vision', or the negative of these terms and other similar expressions of future performance or results and their negatives, are intended to identify such forward-looking statements. These forward-looking statements are based upon current expectations and assumptions regarding anticipated developments and other factors affecting the Unilever Group (the "Group" or "Unilever"). They are not historical facts, nor are they guarantees of future performance. Because these forward-looking statements involve risks and uncertainties, there are important factors that could cause actual results to differ materially from those expressed or implied by these forward-looking statements. Among other risks and uncertainties, the material or principal factors which could cause actual results to differ materially are: Unilever's global brands not meeting consumer preferences; Unilever's ability to innovate and remain competitive; Unilever's investment choices in its portfolio management; inability to find sustainable solutions to support long-term growth; customer relationships; the recruitment and retention of talented employees; disruptions in our supply chain; the cost of raw materials and commodities; the production of safe and high quality products; secure and reliable IT infrastructure; successful execution of acquisitions, divestitures and business transformation projects; economic and political risks and natural disasters; the effect of climate change on Unilever's business; financial risks; failure to meet high and ethical standards; and managing regulatory, tax and legal matters. These forward-looking statements speak only as of the date of this announcement. Except as required by any applicable law or regulation, the Group expressly disclaims any obligation or undertaking to release publicly any updates or revisions to any forwardlooking statements contained herein to reflect any change in the Group's expectations with regard thereto or any change in events, conditions or circumstances on which any such statement is based. Further details of potential risks and uncertainties affecting the Group are described in the Group's filings with the London Stock Exchange, the Dutch Authority for the Financial Markets (Stichting Autoriteit Financiële Markten) and the US Securities and Exchange Commission, including in the Annual Report on Form 20-F 2017 and the Unilever Annual Report and Accounts 2017.

Where relevant, these actions are subject to the appropriate consultations and approvals.

These forward-looking statements speak only as of the date of this announcement. Except as required by any applicable law or regulation, the Group expressly disclaims any obligation or undertaking to release publicly any updates or revisions to any forward-looking statements contained herein to reflect any change in the Group's expectations with regard thereto or any change in events, conditions or circumstances on which any such statement is based.

Further details of potential risks and uncertainties affecting the Group are described in the Group's filings with the London Stock Exchange, Euronext Amsterdam and the US Securities and Exchange Commission, including in the Annual Report on Form 20-F 2017 and the Unilever Annual Report and Accounts 2017.